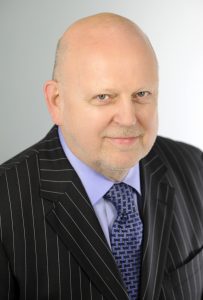 Telisport W. Putsavage has more than 30 years of experience in environmental law and regulation, with a major focus on pesticides. He has held significant public sector environmental positions, serving as an Assistant Counsel of the New York State Department of Environmental Conservation and as an Assistant Attorney General in the Maryland Department of the Environment. In addition, Mr. Putsavage previously was a partner at Keller & Heckman and Carter, Ledyard and Milburn, and Of Counsel to Sullivan & Worcester in their Washington, D.C. Offices.

In addition to his environmental work, Mr. Putsavage has both represented and been a participant in Thoroughbred racing and breeding. Through his client the American Horse Council, he represented the interests of horse racing before the Federal Gambling Impact Study Commission. He also served as Counsel to the New York Olympic Task Force for the XIII Lake Placid Winter Games. Upon graduating from law school he was a VISTA Volunteer staff attorney with the Food Law Project, a Legal Services Corporation law reform project in New York.